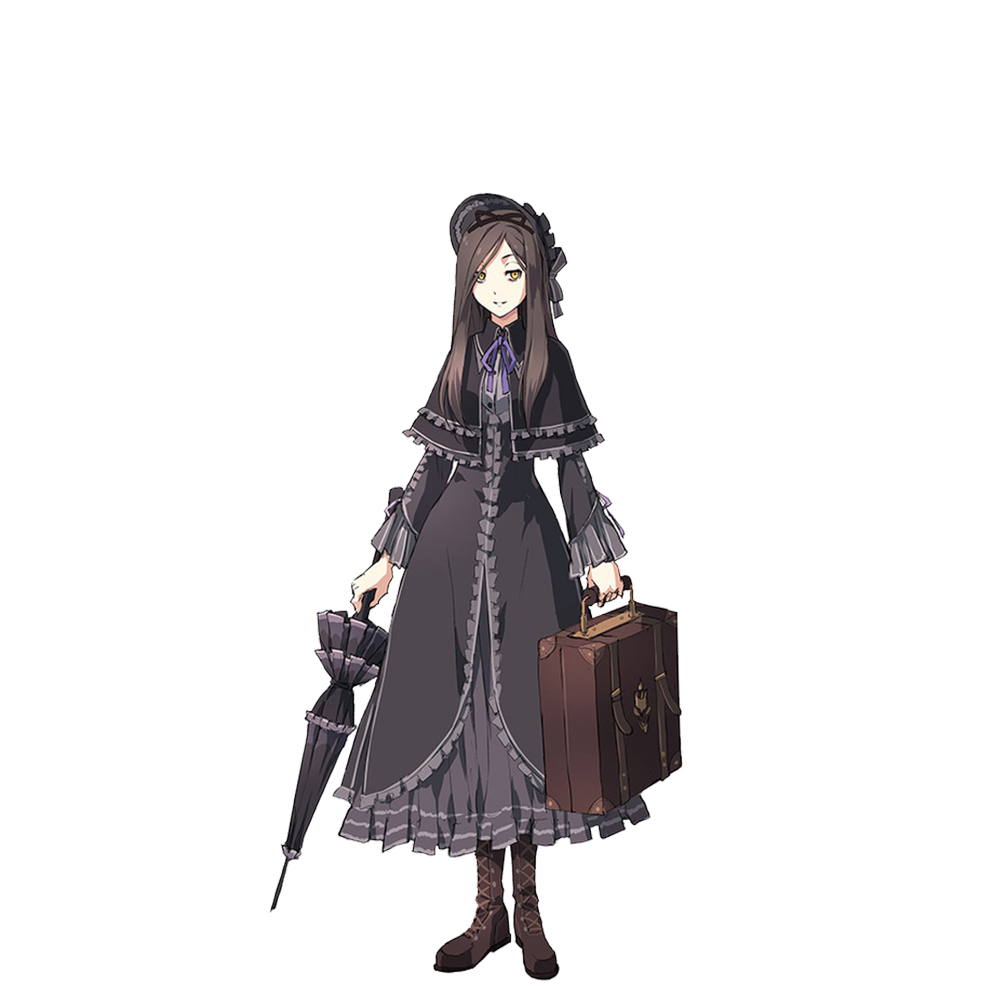 A first-year girl who is the president of the Mysterious Phenomenon Research Association A weird breath exuded all over the body.

A girl with a creepy and weird temperament. Always make intriguing speeches. Although the true identity is unknown, it does not seem to have any special connection with the "Witch".

In order to visit mysterious places in various places, the empire under the state of civil war embarked on a journey alone. It is said that because she has a strong guardian spirit, there is no need to worry about danger.

[End of the journey]

After finishing the journey in various places, meet with Carrejas. Although Li En and others asked her true identity again, her answer was still confusing.

The mysterious phenomenon research group that had disappeared with her once again quietly reopened at some unknown time. No one knows her true intentions in the end.

A mysterious woman dressed in black. As a fortune-telling master as a new class Ⅶ fortune-telling, leaving a meaningful suggestion, then drifting away...

A graduate of Tolz, who served as the president of the Mysterious Phenomenon Research Society, said that he "saw" everything, leaving everyone with inexplicable and confident divination results.

Beryl gave Li En the last "revelation". Whether you are a member of Tolz or a causal observer, you look forward to the outcome of causation very much.

Claiming to be a fortune-teller, Li En's classmate. Traveling in pursuit of mysterious things, after divination during the journey, he always leaves with meaningful words and leaves.

Bellir saw a stone that made her feel strangely fluctuating in "Nain Valley" that she had visited by chance. She predicted to Jing Ge that "lucky will inevitably come".