Return to resource list
Resource source The author of this MOD isHelenCromwellAll, reprinting without permission is prohibited.

Special thanks to the test: nothing to playdota, Wu Tianxia, Empty Rail-C Big, Luxurious

Thanks for the support and help of these foreign trajectory friends:kirigaia,SoftBrilliant,Twn,I am MeWait

Without your support, I can't make it so matureMODof

Installation method: copy it to the game installation directory (refer to the picture below, containing Sen4Launcher.exe, Steam is Steam\steamapps\common\The Legend of Heroes Trails of Cold Steel IV, please install it separately according to your own path) , Right click, decompress to the current location (some compression software calls extract to the current location), if there are duplicate files, please select overwrite. 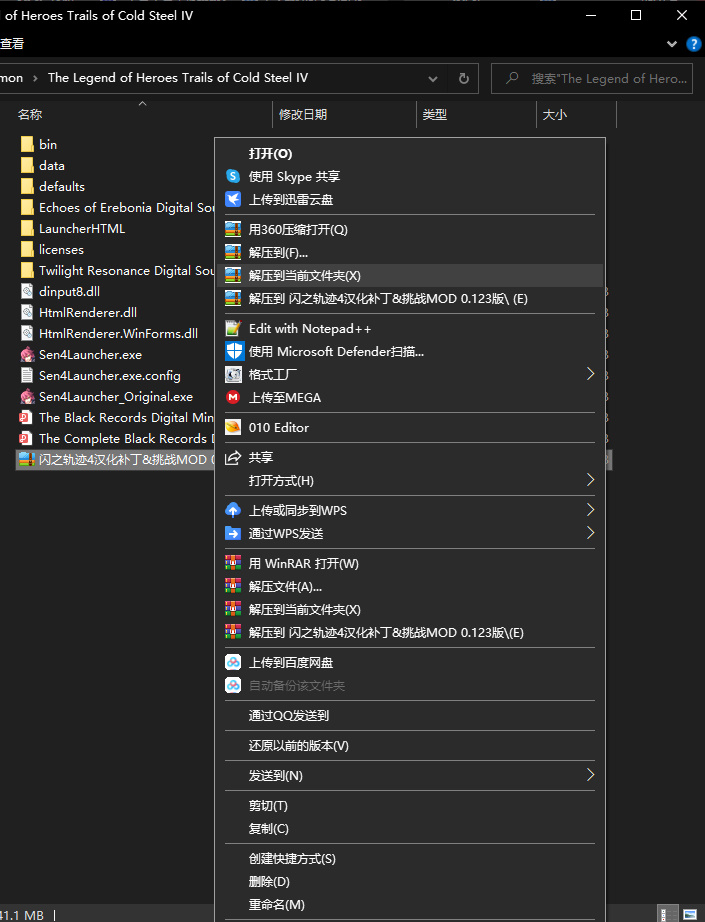 FALCOM has greatly simplified the difficulty since entering the era of flash orbits. When flash 2, the sense of balance immediately collapsed. Although flash 3 and 4 have a rescue trend, they cannot avoid the many routines and the high damage of Lien attributes. Take advantage of flash 4. On the occasion of PC, this difficulty mod patch was made, and the balance of Flash 4 was greatly changed, making Flash Rail 4 a game that can be played back and forth by both sides, allowing players to use their brains.The difficulty mod was revised from the beginning of its release in April, and it was almost completed in May. From May onwards, we started to modify the difficulty balance while asking people to help test it, and added a lot of skills on this basis. We look forward to the players. Can fight wonderful battles, and give corresponding feedback in the follow-up to modify in order to launch the follow-up version

This MOD comes with localization, and Princess Kolotia is personally responsible for polishing and repairing the technical circuit translation. Let the players experience the authentic Chinese trajectory skills.

This patch is suitable for the following types of players:
1. Not satisfied with the experience of the nightmare difficulty of the flash rail original version and the difficulty of the creation of the abyss, think that you can accept higher game challenges and enjoy a more flexible and exciting combat experience.
2. Players who have played the Nightmare Difficulty of Kong Ling Bi, even 3rd imitation p patch, sc integrated version, etc., are able to deal with various battle challenges with ease and flexibility.
3. Before the new trajectory comes out, there is a lot of time to re-experience the old trajectory game, and you are not afraid to invest a lot of time and energy to re-understand and explore the depth of the trajectory series battle system.

Not suitable for the following types of players:
1. Think that the primary purpose of playing games is to be refreshed, and think that it is a mentally retarded behavior to spend your brains in order to play games.
2. When playing games, I like the pride of the dominant control scene at all times. I don’t like the back and forth. I think that the enemy’s strong moves are a great unfriendly experience for the player (such as unacceptable in the original high difficulty level). The damage design of riding a god war enemy is higher).
3. The players who think we dig into the game's combat system are pretending to be a crowd.
4. All kinds of 999999 parties, modify the party, and brush the attribute party.
5. Have a preliminary understanding of the trajectory combat system, but it is limited to imitating the routines excavated by other players and cannot be flexible.
6. Lazy players who don't like to adjust the personnel and equipment circuits frequently when playing games.
7. Players who like to play games and eat fresh food all over the place.
8. The patience of playing the game is insufficient, and the rapid changes on the battlefield suddenly change from superiority to major disadvantage.
9. Can only accept the original game experience, refuse to make all changes to the game, and believe that this is a player who blasphemes the game.
10. Players who believe that modifying games and Chinese-style games are blasphemy of game copyrights.
11. Only the version of Clouded Leopard’s track is recognized as genuine, and players of the US version are not recognized.
12. Players who only approve the console version, but not those who approve the PC version.
13. Only the official Chinese translation of Cloud Leopard is recognized, and players who make corrections and modifications are not accepted.
14. For well-known patch players in the track series such as the track of the game, the track of the principle, and the Helmet Hall, this mod is too simple for you

Here to explain in detail what we have changed compared to the original content:

1. A large number of BOSS battle AI adjustments
2. Some enemies will grab S, you can check the enemy's current CP through the basic attack, and the basic attack comes with 2 points of CP draw
3. Riding God War appropriately weakens defense and spirit commands, restores Ex magic, Omega orbs, and props
4. A large number of our combat skills have been adjusted for effect or value balance. For details, please experience and confirm in the game
5. Adjustments to some combat skill mechanisms: Our S skill cast requirement is changed to 150CP, AT ADVANCE skill is forbidden to be used continuously, etc.
6. We have added Alyssa, Uss, Gaius and other own BUFF combat skills and corresponding visual effects and combat technology evolution. Gaius's ultimate move uses mechanisms to adjust the balance (Some skills of Alyssa and Uss follow Drama Society)
7. Adjust the magic effect of our side, balance the effects of driving, rigidity and bells
8. Our ORDER effect is changed to have both positive and negative effects at the same time, and balance the effect and value
9. Our basic MOV and avoidance rate are reduced, and the effects of avoidance, SPD, MOV, and anti-breaking related circuits are reduced.
10. The attribute values and effect magnifications of some core loops are adjusted appropriately
11. The effect of some powerful props is weakened or (and) the number is limited, the CP recovery props are appropriately weakened, and the use of props is increased appropriately.
12. The visual effects of Li En’s ghosting (not out of control) are replaced with unimaginable spirits, to avoid the visual pollution of some combat skills.
13. Modify the picture of the game start interface
14. The 7th sister’s BOSS battle pays tribute to Bi’s trajectory, the S technique performance is improved to be consistent with Bi’s trajectory, and the "mask removal" skill is added
15. Part of the enemy BOSS skills are changed to a proportional deduction of blood, ignoring the absolute reflection effect of Emma Shield

After V1.000 was released, we tested and noticed that there are still serious problems in the boss battle in the final chapter.
Ya-daddy's looting speed is too BUG
7Sister’s blood volume is too thick, and she fights too much.
After the boss is high, the damage is large

After modification and adjustment, the increase is as follows

Some screenshots of effect modification: 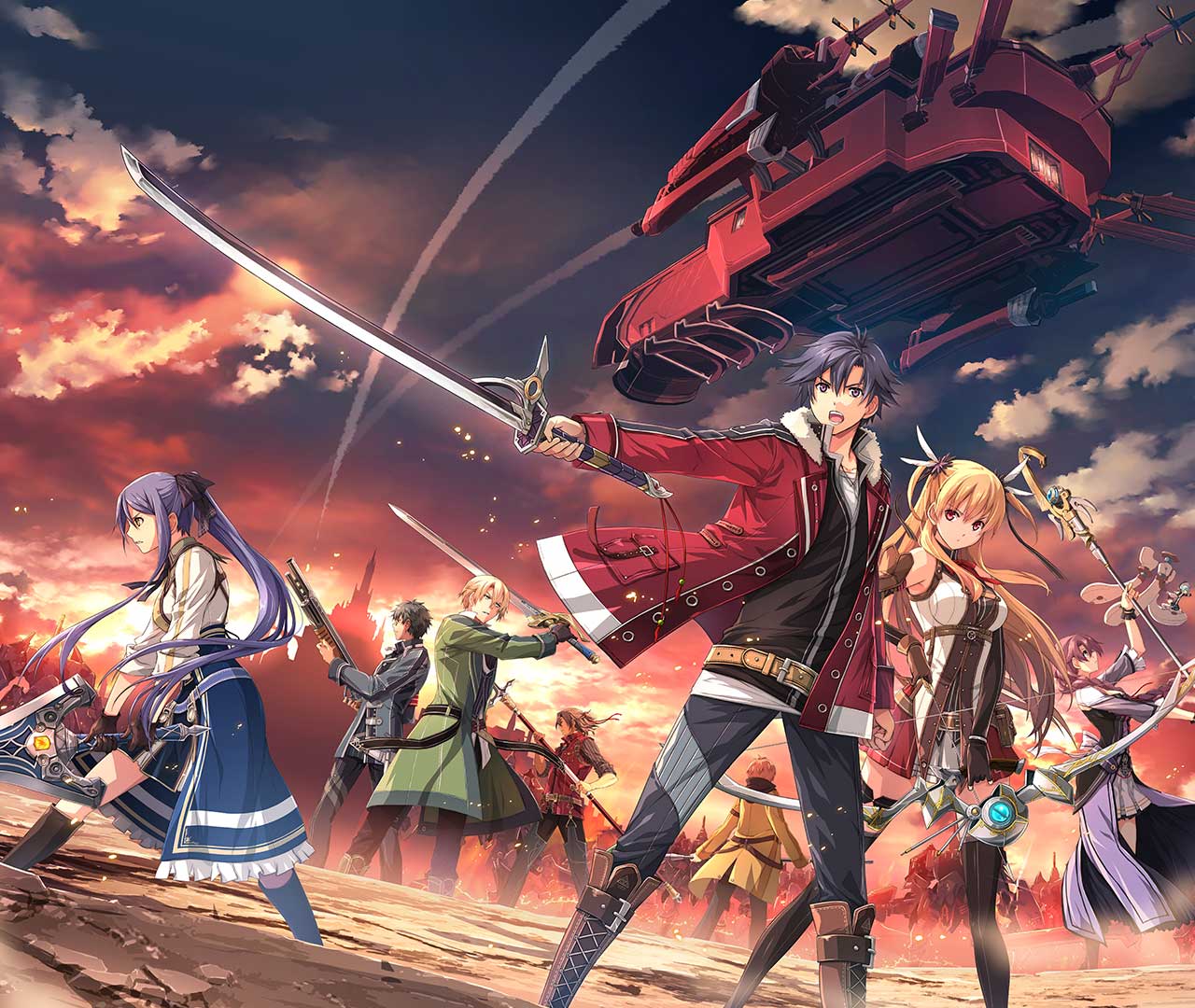 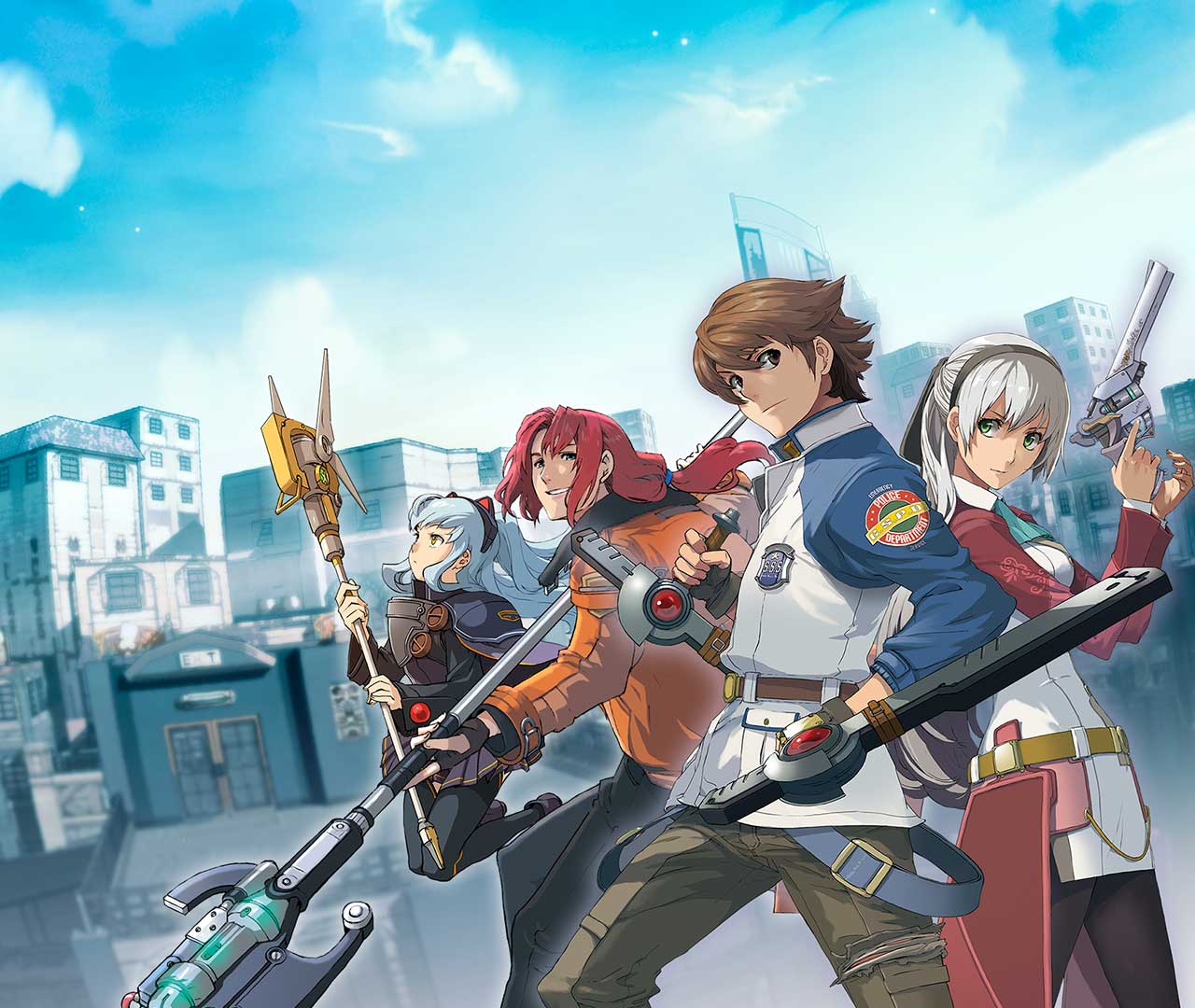 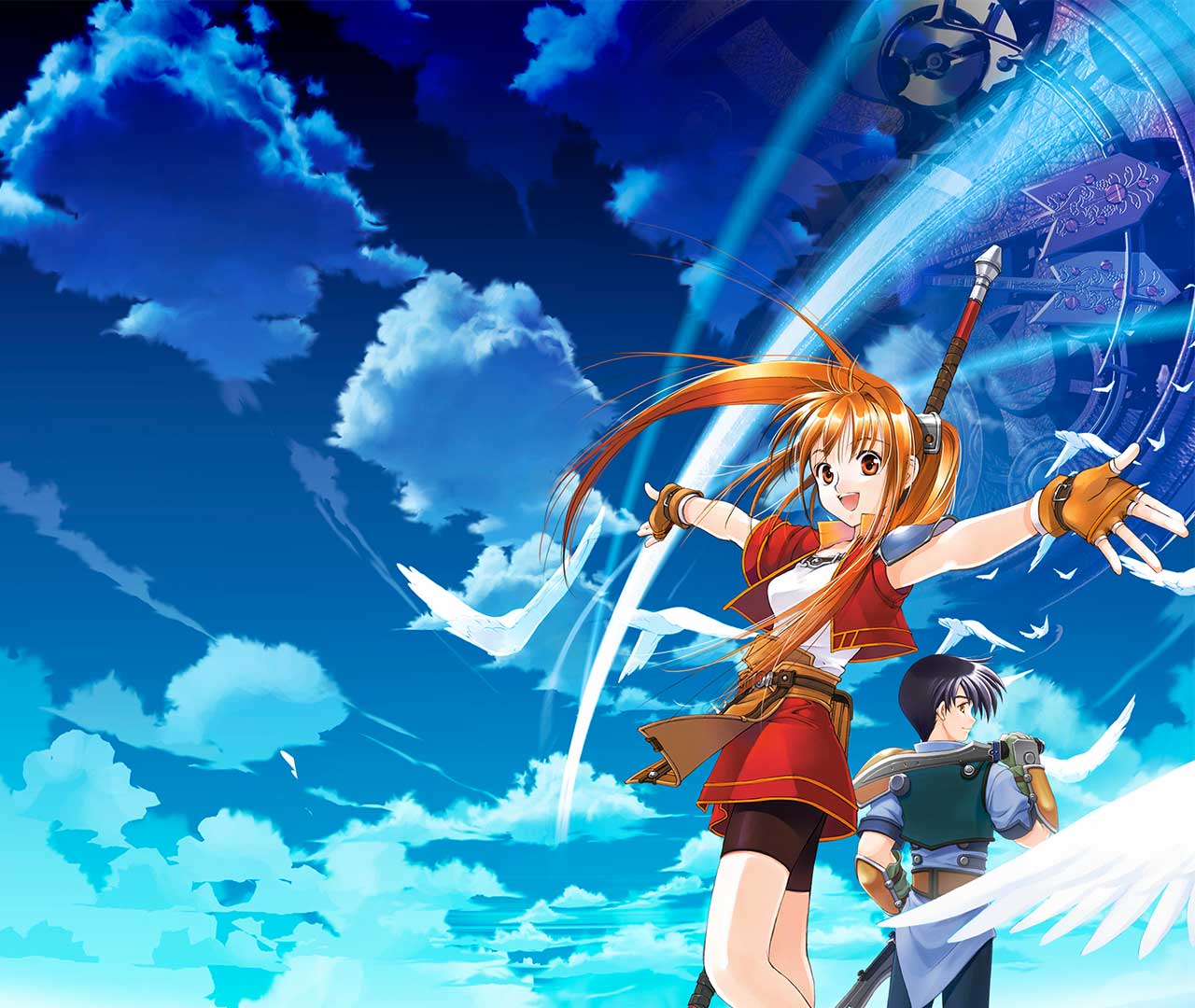