Instructor at the second branch of Tolz, the initiator of the gray

"As the one who was awarded the title of "Sword Master" by the Eight Leaf One Sword Style, let me kill you!"

One year young people who are studying in the VII class of the special class.
Has a strong and straightforward character, good at interacting with people and being a good husband.

[Things I didn't say]
Practice "Eight Leaves and One Sword Style" and get the first pass. At the same time, he became the adopted son of the family because he was picked up by the "House of Baron Shu Huaze" of "Umir" who governed the northern part of the empire.

[Brother and sister love]
There is a lovely sister, "Elysée", who is currently studying at "Sant Astoria Women's College". As an older brother, Li En seemed to cherish this unrelated sister.

【The Power of Madness】
After breaking through some kind of shackles, the body will change and it will be able to exert its "power" like a beast. Li En has been very afraid of such a situation since he was a child.

The young man who was selected as the starter of Class VII by "Grey Riding God" in the first year.
He is the adopted son of the family of Baron Shu Huaze, and he also practiced Oriental swordsmanship "Eight Leaves and One Sword" and was awarded the "Chronicle".

【Aura of Oneness】
Because of the words of the Empress Alffin, she realized her intentions for Elysée and her own shortcomings, and then took the "ghost power" that she had always feared as her own.

[Gray Knight]
The true identity turned out to be the son of Prime Minister Osborne-due to his contribution to the end of the civil war with the riding god, he was called the "grey knight" of the empire's hero.

A young man who has just become an instructor in charge of martial arts, mecha training and history. In the name of "The Gray Knight", he is regarded as a hero by the world.

【Freshman Ⅶ Class】
With the beliefs cultivated in the "Old Class VII" in the student days, I hope that each other is not only instructors and students, but as "partners" to learn from each other.

【Control "Power"】
Because of the successive requests of the imperial government, he continued to use "Ghost Power", and finally fell into a coma for 3 days. From then on, it was impossible to control the power smoothly.

【『The Last Apprentice』】
After receiving the letter from Master Yun, he made up his mind to be the last apprentice of "Eight Leaves and One Sword Style" to inherit the "Seven Types", to illuminate the "darkness" in the empire and in his own heart.

[Father's past]
He learned from his father Osborne, who had been away for 14 years, the reason why he was handed over to Baron Shu Huaze for support and the truth about his chest bruises.

Pulled the trigger of "Twilight", but afterwards his whereabouts were unknown.

【True Sacrifice】
As the true sacrifice of "Twilight", Li En was eroded by the curse and turned into a gray ghost. However, due to the call of the partners, he regained his senses.

[Towards the Austrian biography]
Relying on the power of his senior brother, Lieutenant General Cassius, he surpassed himself and learned the Upanishad Infinite Sword. Was awarded the title of "Sword Saint" of the legend of Eight Leaf One Sword.

【Class Ⅶ】
"You are the best class", Li En and others couldn't help smiling when they heard Sarah's words. With excitement, the group of people greeted the final mutual restraint.

A young man who serves as an instructor in class Ⅶ in the Ⅱ branch school. During the "Twilight" period, with the help of his senior brother Cassius, he won the title of "Sword Saint" which is popular among the eight leaves.

After experiencing "Twilight", the "perplexity" in his heart was explained by Mattius, and Li En decided to re-examine his martial arts.

Li En solved the crisis of attacking Nord at the very moment, but at the cost of making the color of his hair and eyes changed like two.

In the deepest part of "City of Mirrors", I met the initiator of "Zero Riding God" Beast Eye Kirsten, an existence with a "lost name" that seemed very similar to Li En.

The two "Li En" met for the first time in their inner world. Believe that the partners, Li En, who refused to "assimilate" until the end, bid farewell to the "other self".

One day after the war, I visited Balfram Palace in order to receive the relics of his father Osborne.

What kind of thoughts does Osborne hold, and how does he live? The posture of the father that he learned through the incredible dreams made Li En feel that the father and son are closely connected after all. 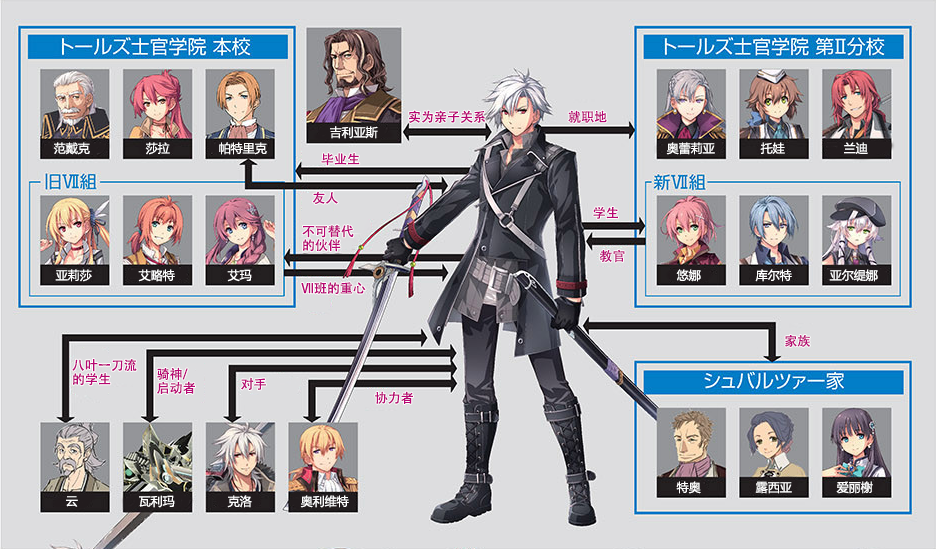