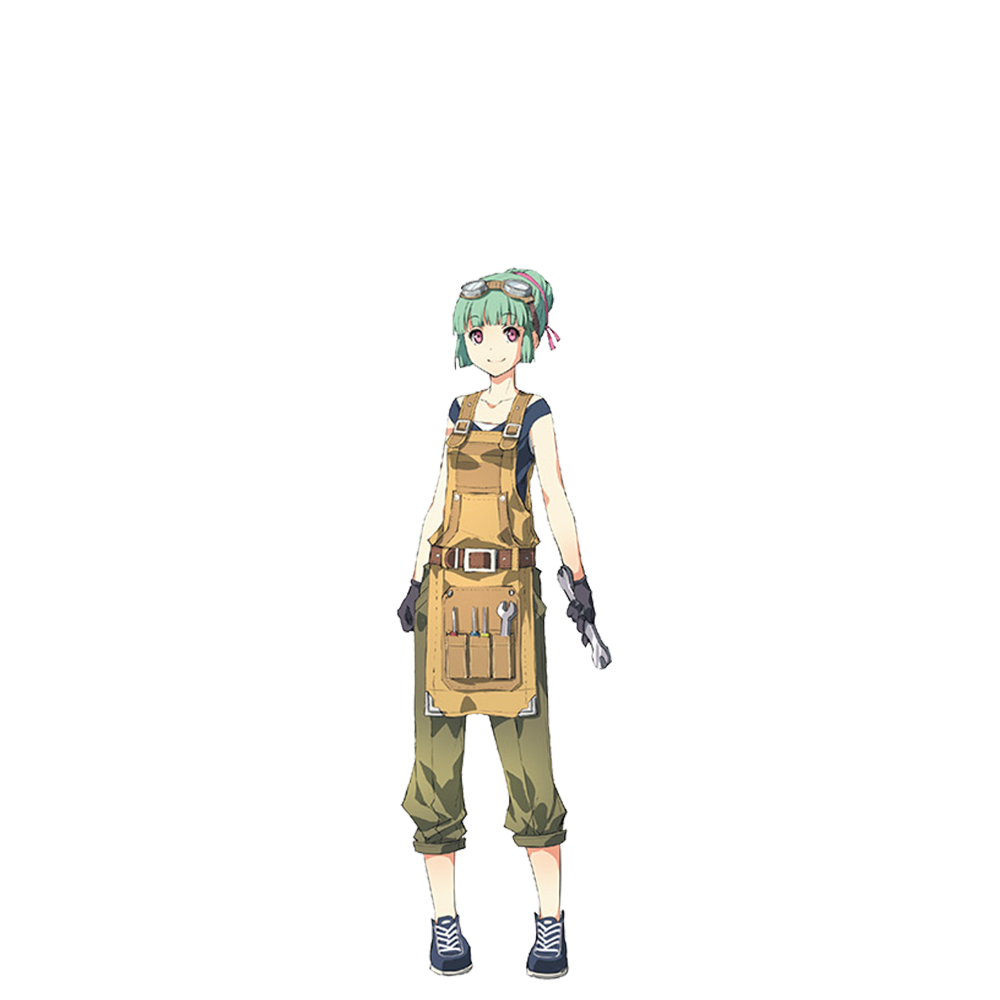 A female student who plays the flute in a wind club.
I have a happy personality, no worries.

I personally made "Minte Special Meal" for my uncle Makarov's instructor. Unique bitterness is its characteristic.

Very reckless girl.
Instructor Makarov is her uncle.
Responsible for playing the flute in the wind club.

【Watch】
Uncle Makarov instructor gave her watch as a gift for enrollment. She seems to be very precious to that watch.

【Nosy】
In order to get instructor Makarov and instructor Mary together, he tried his best to match the two. Her starting point is for the happiness of her uncle.

[Failed to become the new president]
Although he took the initiative to run for the new president of the wind club, the audience voted unanimously for his friend Brecht. It is said that although she regrets the result, she has nothing to say.

Trails of Cold Steel III
Guidance technician Dr. Schmidt's niece of No. 2 apprentice Makarov, now a technician with outstanding performance, Li En's classmate. The degree of recklessness is exclaiming. [Temporary Maintenance Worker] Under the guidance of Dr. Schmidt, began to assist Valima's maintenance work. Every time he slid down, he was rescued by Valima. [Wind Club] When I was a student, he belonged to a wind club like Eliot. When Eliot visited the branch school, he took out the flute after a long absence.
Trails of Cold Steel Ⅳ

Guidance technician Dr. Schmidt's niece of No. 2 apprentice Makarov, now a technician with outstanding performance, Li En's classmate.
The character is naive, but rather reckless.

[Flute player]
Minte didn't feel nervous at all facing the grand stage of the rainbow. I even uttered rhetoric, declaring that I was the type who performed better when I came officially...

[Additional fuel to the flames]
Accidentally got in touch with the Earl of Altheim, and contributed to the marriage of Makarov and Mary. I just hope my uncle can be happy.

In order to help develop the guided armor IV Tita, Mint held a combat meeting. As a predecessor in the technical field, she offers assistance without reservation.