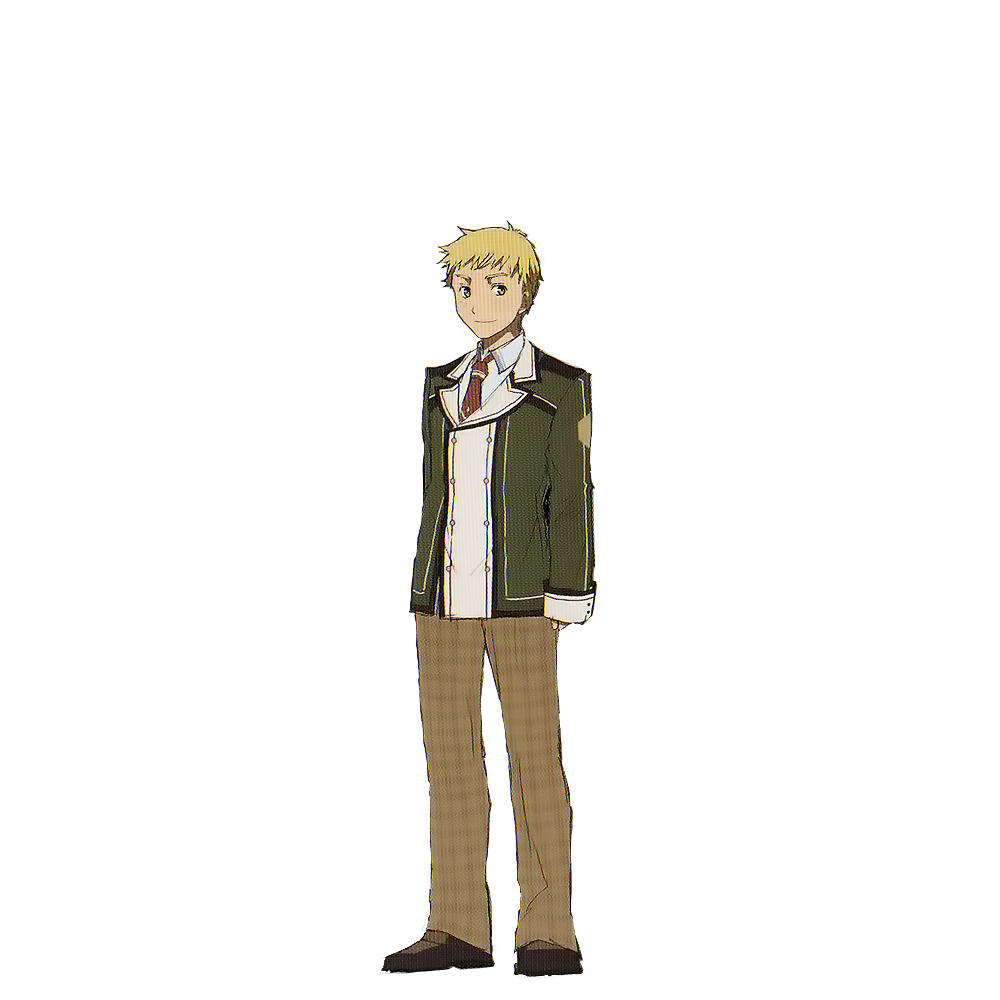 A male student who joins a swimming club for admiring the president. Dedicated to club activities with vitality and perseverance. Born in the coastal city of Lamar State.

He is quite familiar with sea bathing, so he respects the president and Laura who have better swimming skills than him.

A boy born in the coastal city in the western part of the empire. In order not to lose to the respected seniors and people of the same grade, I always work very hard.

Originally worried about his family, but knowing that his hometown in the western part of the empire was not affected by the war, he finally let go. After that, he joined Carrejas as a partner.

Being able to return to the second student dormitory where I lived with the civilian students, I felt a little bit crying unconsciously.

[Become a man worth relying on]

Take over the post of president from the respected Kelian. Although a little worried, he decided to become a man worth relying on after rising to the second grade.