Director of the Fourth Development Department of Lionforte Group

"I will definitely do a good job in the aftermath. Whether as an RF company related person or as Franz Lanefort's daughter! 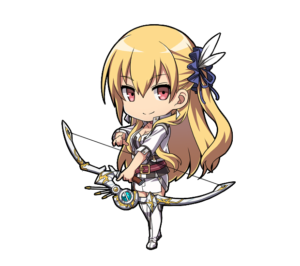 Seemingly weak daughter, but she will express her opinions straightforwardly. Unexpectedly, he is an enthusiastic and good-natured person.

It turns out that she is the daughter of the empire's largest heavy industry manufacturer "Ryanforte".

I racked my brains with Li En and chose a trendy hat to give to Mr. Gu En in Nord Plateau.

Although she was disgusted with President Irina's lifestyle, as her only daughter, Alyssa was still worried about her in her own way.

The daughter of the Lionforte Group. Not only does he possess the aristocratic temperament and conceit, but at the same time he is also a good-natured person who cannot ignore others when they are in trouble.

When I was traveling with my family when I came to Umir when I was a child, I once met Li En in the snow-capped mountains because of getting lost.

[The bond with my mother]

While helping President Irina organize her study, she found a childhood photo of Alyssa that she had hidden in private. It seems that they value each other very much.

In order to assist President Irina and Mr. Gu En of the RF Group, they made up their minds to return to Lulei.

The daughter of RF, the largest heavy industry manufacturer in the empire, currently serves as the head of the fourth development department. And Tio also communicated on matters outside of work.

Alyssa laughed and said that as long as she can rely on Li En who recognizes herself more than anyone else, she can work harder.

Anyone who sees it feels that the atmosphere of the two is intimate, but it seems that they are not really dating? I was teased by the students about this matter.

The daughter of RF, the largest heavy industry manufacturer in the empire, currently serves as the head of the fourth development department. It has been confirmed that the biological father is Alberrich of the Black.

Although expressing that she still thinks about Li En all the time, Alyssa still said that her father's crime prevented her from having a special relationship with Li En.

After her mother resolutely denied that Alberrich was the "father", and Alyssa continued to express her passionate emotions, she finally returned the sister-like person.

[A glimmer of hope]

Even though the dominance of "Black" weakened for an instant, allowing his father Franz's consciousness to recover, he changed back to Alberrich in a blink of an eye.
Alyssa entrusted a glimmer of hope to the next opportunity to talk to her father.

The daughter of the RF (Ryanforte) Group, the largest heavy industry manufacturer in the empire, is also a member of the old "Class VII".

In "Giant Twilight", due to the appearance of the goblin, he was hostile to his mother and the maid Sharon, but then they returned to their side by their own will, and miraculously met their dead father Franz.

Now in addition to serving as the head of the fourth development department of RF company, he also assists in the dismantling of the Tangulam Fortress and other independent post-processing work of Closbell again.

I got to know Ellie from the "Secret Service Support Class" through the incident between the Empire and Crossbell, and the friendship between the two seemed to be good.

"Black Workshop" remains the message left by Franz. Alyssa wept as she listened to her father's prayer that her daughter would be happy.