Research Director of the Crossbel Branch of the Epstein Consortium

"I have overcome so many difficulties in the past two years, is it "for Clos Bell"...? " 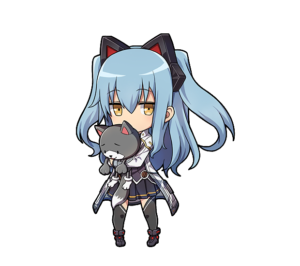 She seldom smiles. Although she is reticent and cold in most cases, she is actually a girl with a gentle heart and attaches great importance to her companions. Responsible for the development of the magic wand in the Epstein Foundation, and is good at using the auxiliary structure eternal system to increase the processing speed for high-speed calculations. Since joining the Special Mission Support Section, her outstanding processing ability has made a great contribution to the investigation.

After the order incident was resolved, she temporarily returned to the consortium headquarters in order to report the use of the magic wand. When Lloyd and the others encountered the Kemparera trap and faced a crisis, she arrived in time and used hacking techniques to rescue them. After the Big Tree of Jade collapsed, she provided technical support to the resistance forces against the Erebonian Empire.

[During the investigation, bravely face my tragic past]

When Tio was five years old, he was kidnapped by the D.·.G cult and subjected to human experiments before being rescued by Guy. Her sensitivity has been greatly improved in the experiment, so she can unconsciously understand the feelings of others, and feel the doubts in her parents when she returns to her home, so she ran away from home.

After that, her ability was valued and she joined the Epstein Foundation, and she applied to the Foundation to be transferred to the support section that inherited Guy’s will. In the investigation of the cult, she fainted because of her tragic past, but with the support of her companions, she bravely confronted Joachim and finally came to an end after a battle.

[Finding the answer to why I lived]

While gaining a high degree of sensitivity, Tio felt that he had lost the feelings that humans should have, and he didn't know how to live, and why he was alive. After Tio confided this idea, her companions accepted her and told her that it didn't matter if she didn't know. Subsequently, Tio was placed under house arrest by the Wehrmacht. When she saw Lloyd again, she showed her feelings and threw herself into his arms. Tio found the answer to living in the connection between people. In the end, she was finally able to respond frankly to the letter sent by her family who had always avoided seeing her.

Served as the research director of the Closbell branch of the Epstein Consortium. As a member of the old "Secret Service Division", he was monitored by the Imperial Intelligence Agency.

[The mood of entrusting]

Entrust Li En and others to the support class, hoping that they can replace Lloyd and others who are unable to move freely to protect Clos Bell.
【Mixi Stage】

I am very excited about the Missy stage where the dream newcomer is about to debut. As long as it is related to Missy, it will be overwhelming.

Served as the research director of the Closbell branch of the Epstein Foundation. As a member of the old "Secret Service Support Division", secretly assisting Lloyd and others in their activities.

While collecting information on various aspects of the war, Tio spread the rumors of the practice performance. The operation of the guiding force network is handy.

It is discovered that Mechanic Missy is Missy's biological brother. He Jingge was greatly agitated for this impactful development.

A member of the "Secret Service Support Division", he is also a young research director of the Clos Bell branch of the Epstein Consortium.

After the Empire occupied Clos Bell, he was monitored by the Intelligence Agency and secretly assisted Lloyd and others under restricted movement.

In the process, I started to contact the new and old "Class VII" of the Empire and the guidance technicians of the surrounding countries, and Alyssa Lanefort of the RF Group and Tita Russell, a foreign student from Liber, and others Become friends gradually.

After the "Secret Service Support Division" was restarted, he returned to the scene as one of the original crew. In addition, as a research director, he also cooperated with ZCF (Zeiss Central Studio) and RF Group, etc., and took a step towards the path of leading researchers.

In order to start the research to create the future, we plan to develop the next-generation model of guided force armor together with Tita. The challenge of young technicians will continue.

Tio, who was evacuated to Ursla Hospital, finally reunited with Lloyd and others. She used her ability to gather intelligence to figure out the route of infiltration.

Seeing the ultra-rare Missy statue obtained by Jing Ge, Tio couldn't help but go to the store to find out. That enthusiasm has reached the highest level as long as Missy loves. 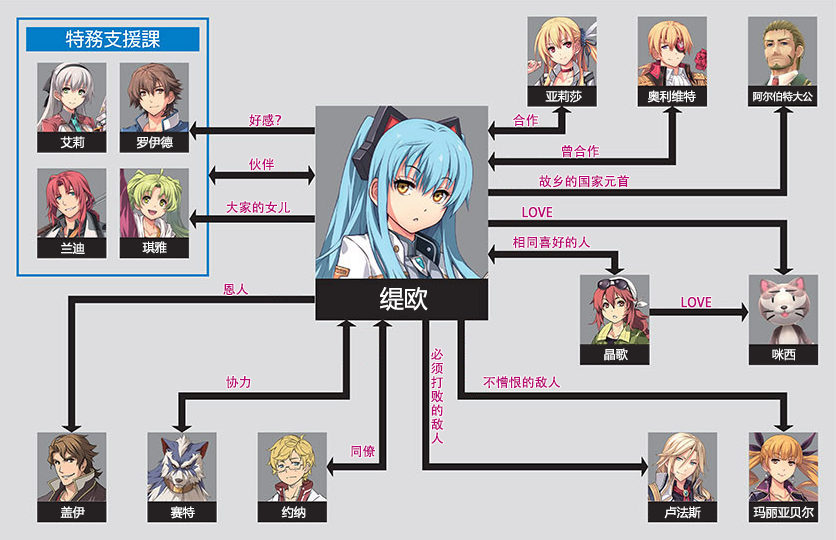