General of the Army of the Kingdom of Liber 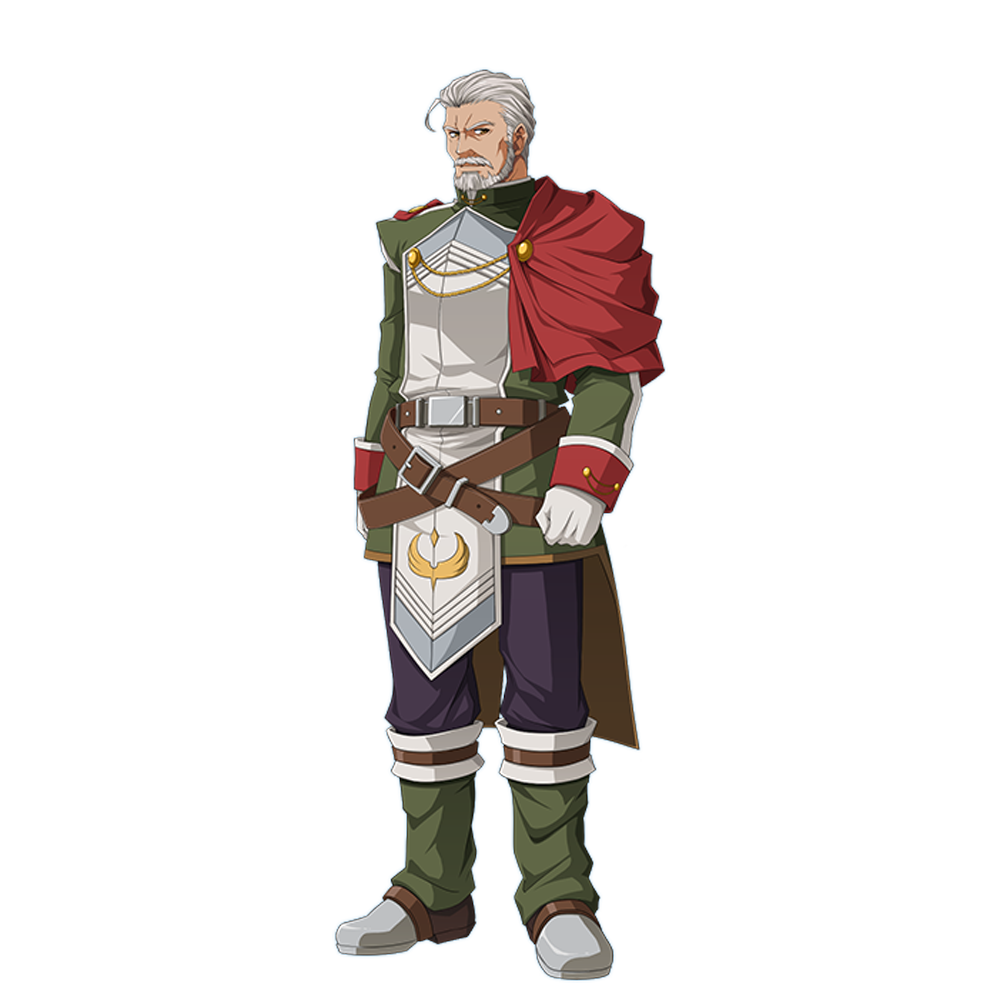 The general in command of the Kingdom Army's border division. He has made great contributions in the battle to repel the Ereponia Empire in the Battle of the Hundred Days. Because of the love of his subordinates, Cassius left the army and became a guerrilla. Old Morgan hated the guerrillas.

Stationed at the gate of Harken. He is good at using axes and guns, has the title of "War God", and has won the Libel Martial Arts Championship. He has a stubborn personality, and he is stubborn about the fact that Cassius left the army and joined the Guerrilla Association, thus holding a great prejudice against the guerrillas.

During the "FC" coup, the granddaughter was taken hostage by the Intelligence Ministry and was forced to be placed under house arrest at the Haken Gate.

In "SC", after Cassius was reinstated, he was honorably discharged from the army.

The role of one of the guards of the sixth floor in "3rd" appears, and it can also be challenged in the "Military Fighting Tournament".