Representative of Rubacher Chamber of Commerce 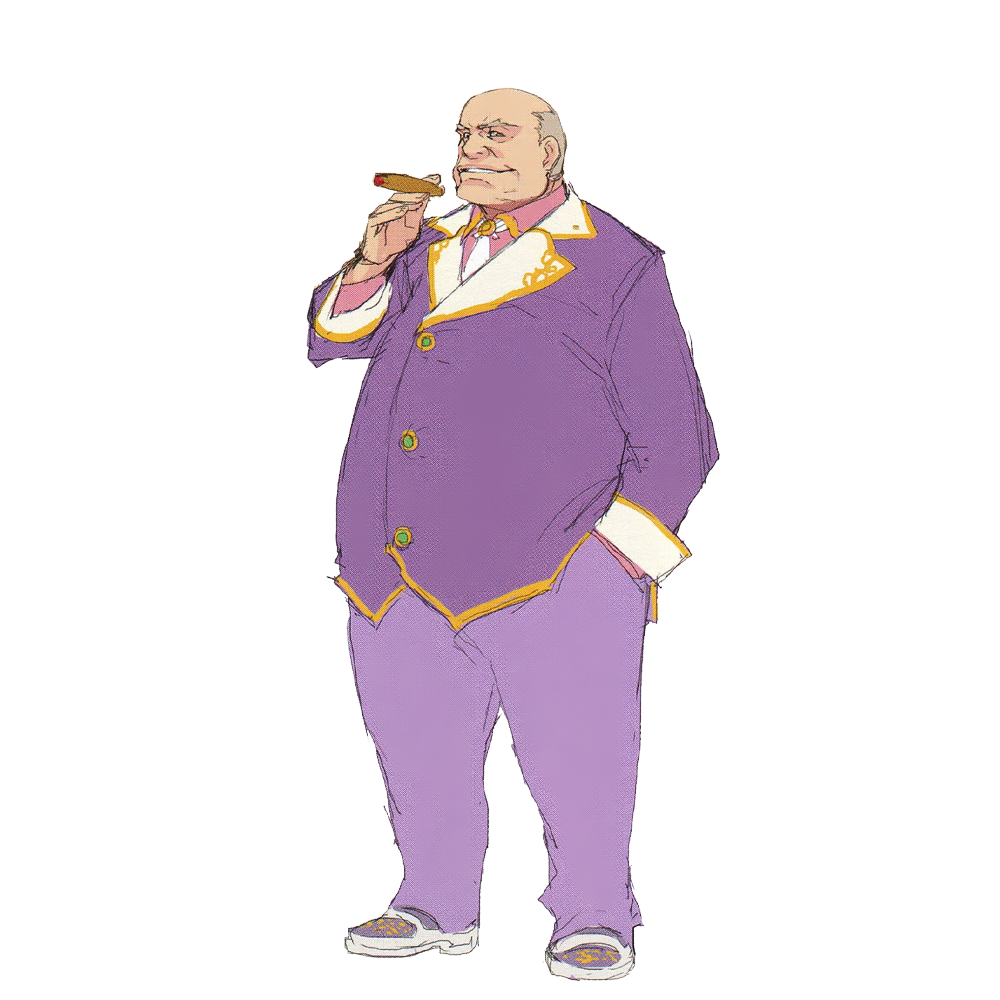 Representative of the Rubacher Chamber of Commerce. Eight years ago, he used a strategy to oust his former leader and became the leader of the five generations. After he took the throne of the leader, he attached great importance to the relationship with the imperial congressmen. He smuggled with Hartmann as the backing. In addition, he held a black auction as a source of funds. However, as Lloyd, Silver and others made trouble at the Black Auction, he lost Hartman's favor. In addition, the pressure brought by Black Moon's entry into Clos Bell made him feel anxious, so he became involved with Zhenzhi, was used by Joachim, was arrested after the ecclesiastical incident, and was placed in the Knox Detention Center.