Leader of the Special Mission Support Section of Crossbell

"Come on-in order to continue to protect this city and its citizens in the future." 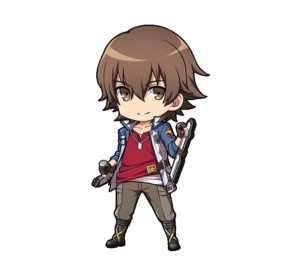 [Crossing the "barriers" with your companions as the captain]

Lloyd was assigned to the Special Task Support Section of the Crossbell Police Department as a newcomer search officer and was appointed as the captain. After his brother Gay, who was a former investigator, died three years ago, he entered the police academy in order to follow in his brother's footsteps and passed the search officer exam. He was deeply influenced by his elder brother, such as choosing a spinning stick as a weapon like his elder brother.

Although a newcomer, he solved many incidents with rigorous investigation and genius reasoning ability, and gained people's trust. In addition, he was able to speak out his ideas frankly and formed a deep friendship with his companions. Be adaptable and flexible, even daring to ask for help from the hostile forces, and have overcome huge obstacles including the cult incident and the conspiracy of the Kuroys family. After the Big Tree of Bizhi collapsed, facing the occupation of the Erebonian Empire, in order to overcome this new barrier, he and his companions once again fought together.

[With the same faith as my brother]

After the Declaration of Independence of Crossbel was issued, Lloyd was arrested as a resistance force. He felt that he was weak and unable to compare with his brother, so he was completely helpless. However, Garcia, who was imprisoned with him, pointed out that [Compared to other investigators, Guy is not surprising, and the only thing he excels at is persevering]. This sentence made Lloyd discover that the driving force that made his brother an indomitable and outstanding investigator also existed in his heart, and he revived. Regarding the difficulties he encountered later, he did not shrink back, faced it bravely, and moved closer to his brother step by step.

[Determined to protect Kia as a guardian]

Kia is very close to Lloyd, and even sleeps with him often, Lloyd has always protected her as a guardian. The relationship between them is so deep that when the Star Cup Knights pointed out the danger of Kia being the treasure of zero, he was able to say firmly, [This has nothing to do with the truth or the law! Just because we are the guardians of that child]. When Kia in the big tree of Bizhi wanted to destroy herself, he didn't hesitate to rush into the Zero World to save her.

For Kiya, who closed her heart, he told how important the days everyone spent together, and told her that no matter what kind of difficulties, everyone can overcome together. They are both companions and family members. His words touched Kia and made her smile again, and Lloyd took her back to her companions.

As the leader of the "Secret Service Division" of the Crossbell Police, he guarded the youth of the city. Now it is also avoiding the eyes and ears of the government and launching actions for the city.

Lloyd, who has become stronger in his continued fleeing life, is delighted that his appearance is increasingly similar to that of his elder brother Guy, and expresses his hope to become more reliable, so that he can even reach his elder brother on the inside.

The appearance of the resurrection for the mysterious disappearance search is no different from that of the spy support section of the past. Solved the incident with skillful questioning and reasoning.

The captain of the "Secret Service Support Section" of the Crossbell police who has a passion for justice and an indomitable soul has solved many thorny incidents that occurred in the Autonomous Prefecture of Crossbell.

After the Empire occupied Clos Bell, Lloyd, who was wanted as an important witness, worked together with the girl Kia who was sheltered by the support class, and the A-class guerrilla Arios. While evading the pursuit, they continued to liberate. The underground activity targeted by Clos Bell.

After about two years, after finally successfully liberating Clos Bell, Lloyd and the original team once again started the activities of "Secret Service Support Class".

This move was warmly welcomed by the citizens, and Lloyd himself is also looking forward to the day when the "re-independence signing ceremony" will come. however……

After losing the battle at the signing ceremony, Lloyd and his partners were scattered everywhere. When he woke up again, Lixia was the only one beside him. Although the body has not fully recovered yet, it still starts to act again.

[Because of mutual support]

Not as a "symbol of independence" or a "hero", but with the mutual support of partners and citizens. That is the so-called "Strength of Clos Bell".

[Find out the truth]

After Babylon appeared, Labis told Lloyd: "Only you can find out the "truth" behind the incident."

Lloyd pointed out the "possible possibility" based on his experience in "The Big Tree of Bi" and solved the mystery of the existence of "Another Lien". 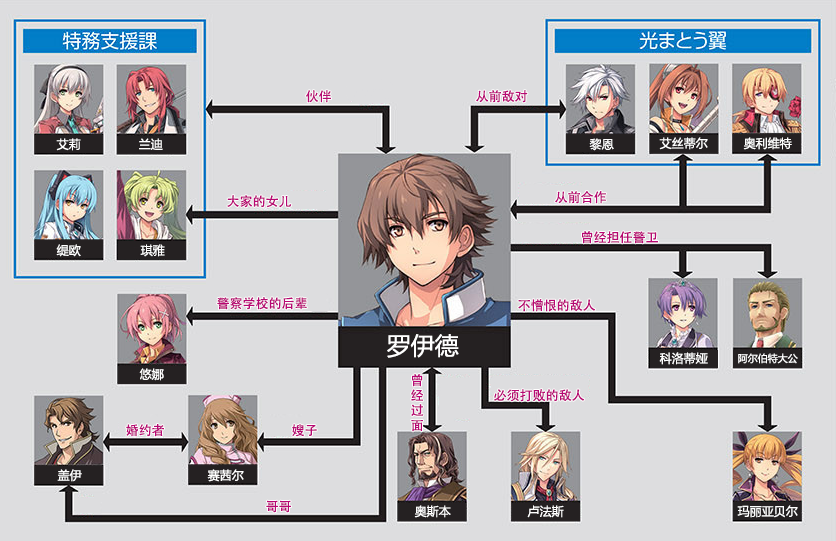