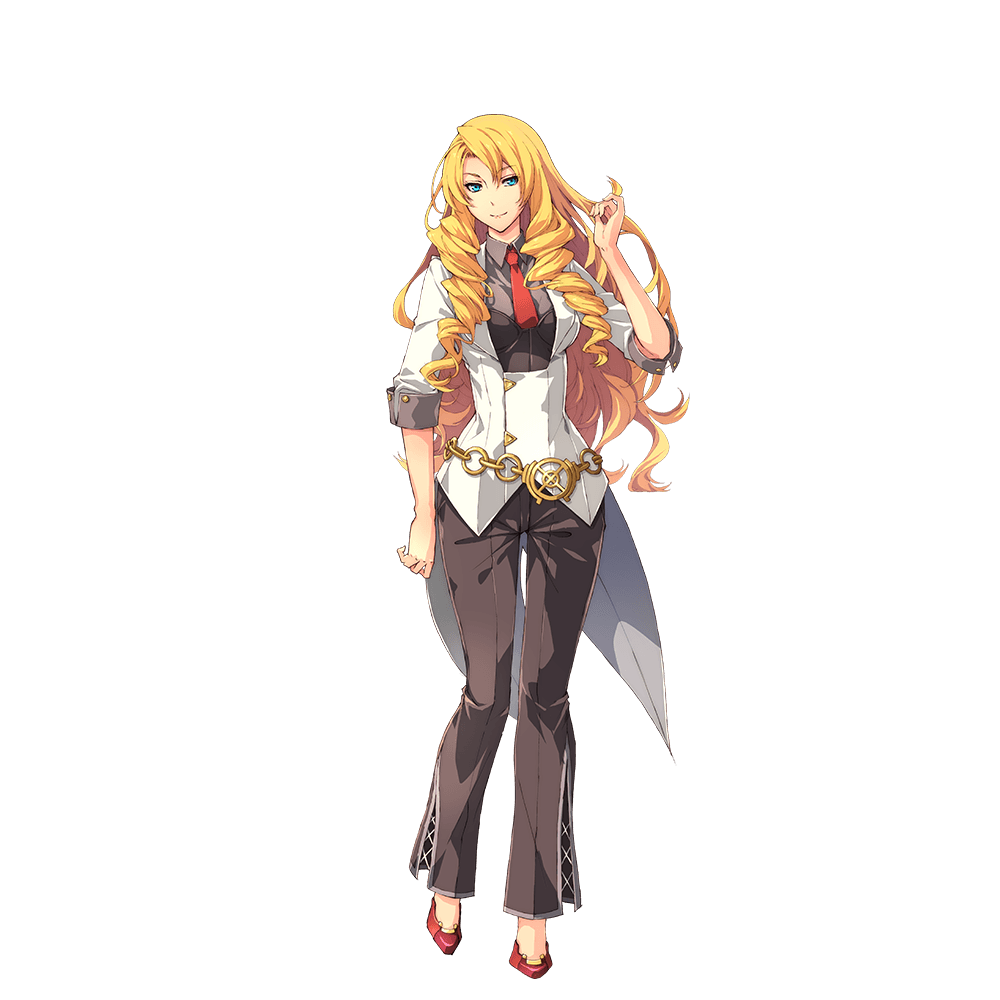 Relying on his strong personal charm and passionate acting skills, he is known as the top star of the "Rainbow" troupe of "Dancing Girl in Flames".

In the past, he was severely injured by the attack of the squadron's "Red Constellation", but after receiving the most advanced treatment at Ursla Hospital, he continued to rehabilitate with his indomitable spirit and finally returned to the stage as he wished.

Although I have a window of time as an artist, I still think about things related to the "Rainbow" troupe during the rehabilitation period. Even Lixia and Xiuli can't help but feel a little worried about the amount of effort to remember the performance.

Actor of the Rainbow Theatre. Also known as [Dancing Girl of Flames], it has excellent acting skills enough to capture all audiences and has many supporters in neighboring countries. She has been friends with Cecil since she was still in Sunday school, and met members of the Special Mission Support Section during the threat letter incident. The character is bold and unrestrained, and he is not afraid to face the Mafia. At the same time, she also takes good care of others, and will personally guide Lixia and Xiuli's performances. The members of the Rainbow Troupe like her very much.

She was assaulted by Shelly during the attack in Closberg. She was seriously injured and dying to protect Xiuli. Although the diagnosis determined that she had no hope of recovering, but under the occupation of the Erebonian Empire, she returned to the theater company and stood on the stage with Lixia and Xiuli.

[Pour extraordinary enthusiasm on the stage]

Ilia spared no effort to make the dance drama more perfect, devoted herself to the performance, and had an extraordinary enthusiasm for the stage. When I received the threatening letter, although I knew that this was not a simple prank, I still declared that I would not leave the stage.

In addition, she was seriously injured in the attack on Clos Bell made by the red constellation. In a state of confusion, she was still thinking about the next act and gave instructions to Lixia and others. It can be seen that she is extraordinary as an actor. Perseverance.

[The heart that does not yield even in despair]

Ilia was seriously injured by Shelly’s attack and was sent to St. Ursula Medical University. The doctor's diagnosis was that whether she could walk or not would be a problem in the future. However, she believed that if she gave up, there would be no hope, and she always believed that one day she could stand on the stage again.

Moreover, despite her situation being so serious, she was still worried about the missing Lixia, and Troyd and others relayed her message. Ilia upholds the unyielding spirit of never giving up in despair, and at the same time has a gentle heart. After seeing her, Lloyd and others who came to visit her were encouraged by her.