Leader of the Rubacher Chamber of Commerce, former deputy director of the West Wind Brigade of the Hunting Corps 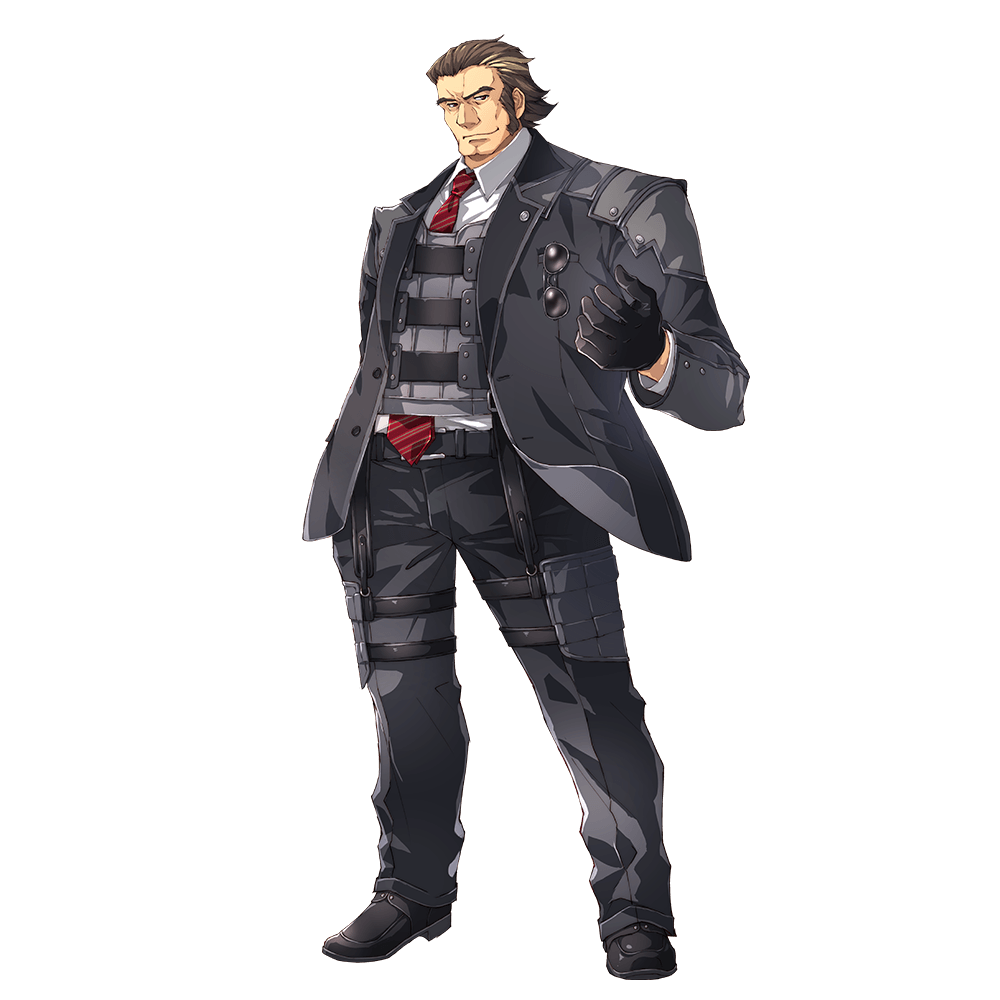 "Only a half-hearted consciousness, don't let me run to the battlefield ─ ─ Lloyd Bennings!"

A strong man known as the "Killing Bear", a strong man who likes to fight head-to-head with pure power.

Since he was young, he has been in the society under the stage, wandering between the hunting group "Westerly Brigade" and the gang "Rubacher Chamber of Commerce", and there are constant disputes between "Black Moon" led by Clos Bell and Cao Li .

Although he has committed many crimes so far, his character of emphasizing benevolence and reasoning is still trusted by Lloyd and others as investigators.

In the incident of the Independent State of Crossbel in 1204 of Qiyao Li, he encouraged Lloyd, who was imprisoned by the Wehrmacht, and assisted him in fleeing. Later, he generously accepted the arrest of the National Defense Forces and chose to go to jail to repay his crimes.

The head of the business department of the Rubacher Chamber of Commerce is also the deputy chief. Once served as the captain of the hunting regiment [West Wind Brigade], he took advantage of his burly figure and used military fighting techniques to annihilate countless enemies. He was called the [Killing Bear]. Eight years ago, when Malkney ousted the former chairman, he was hired as an actual combat force. After that, he left the hunting regiment, and made a lot of efforts for Rubach to increase his level of armament and increase his combat power. contribution. After Black Moon came to the Krossberg Autonomous Prefecture, he also made a lot of efforts to ensure Rubacher's sphere of influence.

When Rubacher came into contact with illegal drugs, he believed that the risk was too great and strongly opposed it, but he was eventually manipulated by Joachim. After the ecclesiastical incident, he was arrested and taken into custody in the Knox Detention Center with Markney and others.

Malkney was deceived by Joachim and had a real knowledge, but Garcia always felt that Joachim was suspicious and always opposed it. However, his subordinates turned into monsters after taking real knowledge. Not only were he suppressed by them, but he was also directly injected with real knowledge and manipulated by Joachim. Lloyd and the others were blocked in the Sun Fortress, during which he almost turned into a demon under the influence of true knowledge, but successfully suppressed the change under Randy's persuasion.

[Loyalty to the organization]

Garcia, who was taken into custody in the Knox Detention Center, once again encountered Lloyd, who was illegally detained by the Wehrmacht. In this desperate situation, Lloyd was still unwilling to give up resistance, Garcia helped him, and the two successfully escaped from the detention center together. But Garcia insisted on staying, saying [Of course my subordinates needless to say, even the president I can't leave him and run away by myself]. As a result, he fought alone against the chasing Wehrmacht, bought Lloyd time to escape, and was eventually locked up again.