Leader of the Liberation Front of the Empire_C, the initiator of Cangzhi Class V for 2 years without joining a club

A second-grade student with a somewhat elusive temperament. Although he loves to play, he is also a big brother who can take care of others.

The person who made "Blade" popular in Tolista. He seems to play this card game with his children.

Using last year’s experience, we will arrange the equipment and clothing needed for class VII exhibition.

The leader of "Empire Liberation Front" "C"-that is the true face of Crowe.

The initiator of the Empire's Liberation Front selected by "Cang Riding God". Hidden the true identity of the terrorist lurked in the academy, and attacked the iron-blooded Prime Minister Gillies Osborne.

Born from the old Zhulai city that was annexed by the iron-blooded prime minister. In order to avenge the grandfather who was the mayor of the city, he joined forces with the Duke of Kane and became "C".

Li En vowed to Klo that he would return to the Military Academy and graduate with Tova, Angelica, and George.

After fighting with Li En and others and exhausting all his strength in the battle with "The Crimson End Demon King", his young life died.

Although he was killed in the civil war, he was resurrected as an undead in "The Initiator of the Blue". He is not only a former terrorist, but also a senior and classmate of Li En and others.

By making the Azure Riding God a servant of the Grey Riding God, he miraculously succeeded in preserving Chloe's existence. He returned to class VII again with a wry smile.

Give the relics of your partner to the people involved in the "Imperial Liberation Front". Crowe also had the opportunity to talk with "S" again, and concluded as the leader of "C".

Crowe said he can only move forward now. Although he didn't say much to Li En and his friends, he seemed to have realized his destiny.

He spent his student days with "Class VII", Tova, Angelica, and George at Thortz Sergeant Academy. He is a very reliable senior who likes to gamble and has his own personality.

He vowed to take revenge on Prime Minister Osborne who had annexed his hometown of Julai City. He was secretly active as the leader of the terrorist organization "Imperial Liberation Front", "C", but died at the end of the Civil War when he fought side by side with Li En and others.

Later, when disasters came to the empire, they became undead with the technology of "Black Atelier", and finally regained their lives as a human due to the miracle triggered by "The Treasure".

After the disaster ended, he temporarily returned to his hometown of Zhu Lai, but after learning that the mysterious figure who claimed to be "C" formed the "New Empire Liberation Front", he began to act alone.

After finishing the business in his hometown of Zhu Lai, in order to find meaning for the life he recovered, Crowe plans to embark on a journey of wandering around the world.

Under the influence of "Zero Riding God", Tyer Feng X turned into a singularity and connected with his partner Aldine. Crowe relies on this force to face the last enemy. 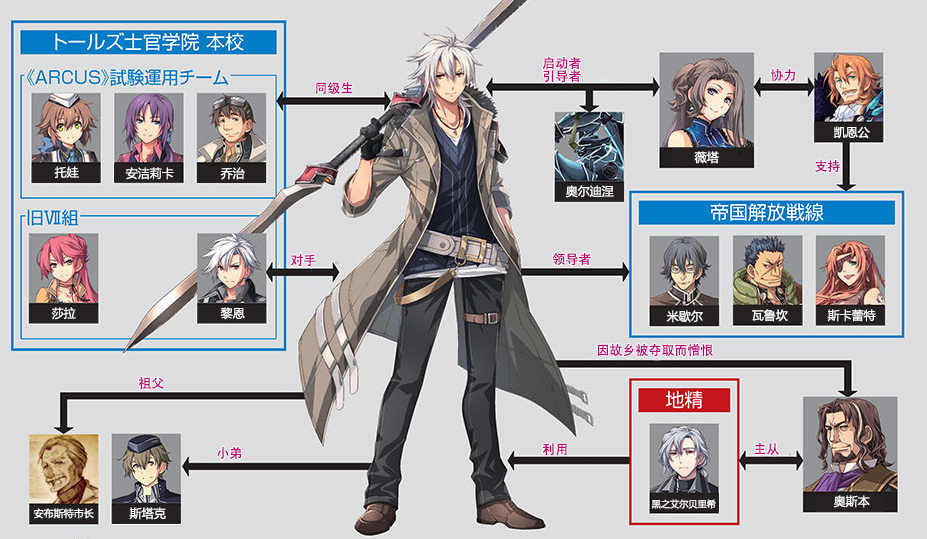