Receptionist of the Guerrillas Association 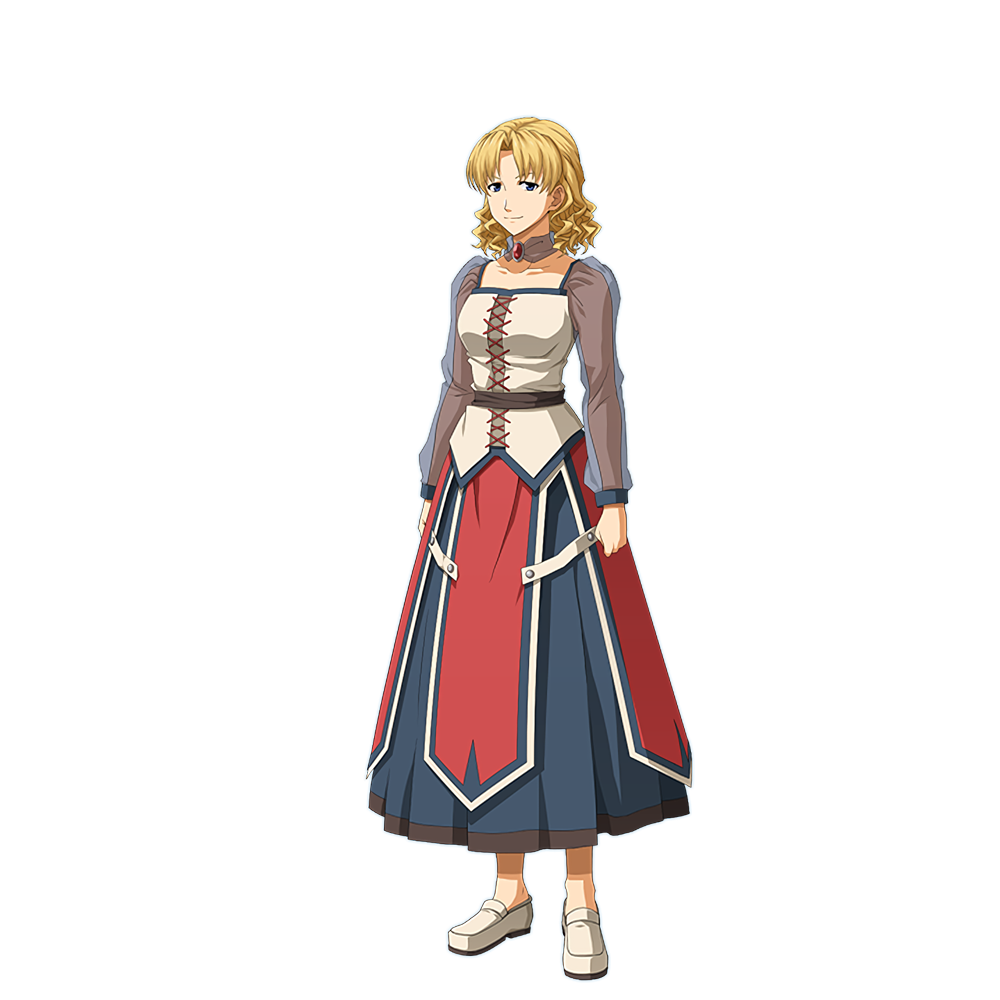 The head of the Lorient branch is a good friend Sherazad has known since she first became a guerrilla. He has a close and easy personality. But she is the most powerful drinker in the series so far, and even Shera, who has been drinking since she was a child, has never beaten her. She is simply not drunk in a thousand cups. In the side story of "SC", he used to fight alone with Anton and Olivier (the two also used anti-alcoholic blessing). He even poured thirty-six cups of the highest-grade spirits, but still looked calm. It also made Olivier leave a permanent psychological trauma to the amount of alcohol in Libel.

"3rd" Moon Gate ② records her past and reveals her surname. It turns out that Ai Na is actually the granddaughter of the president of the flying boat company Saul Joe Holden, and she came to Libel to handle the inheritance procedures when she was designated as the heir to her grandfather's estate. Knowing that the relatives and elders who were dissatisfied with not having the property would be disadvantaged, she entrusted Sherazad, who had just become a quasi-guerrilla at the time, to serve as his own guard. In the end, with Shera’s efforts, she finally arrived at the palace and inherited her inheritance smoothly. However, in order to avoid being involved in money disputes in the future, she immediately went through the property transfer procedures and donated all the inheritance to Libel’s welfare agency. After that, he joined the guerrilla association.

"Chuang" succeeded Ainan who was transferred to Leman's headquarters as the head of the royal branch, and congratulated Shelazad, who is about to get married, through the guidance communication.