You remember reading the teaser in Trails in the Sky Second Chapter for ‘Trails in the Chest,’ but you didn’t feel like reading it then. Yet suddenly, you have a craving for more Trails…in the Chest.

This is the story of a chest so finely carved, words alone cannot hope to illustrate a worthy picture. Many have certainly made attempts, of course, but each usurped the crown as a greater failure than the last.

At best, most choose to describe its features in simple terms: a dark, cherry-red wood framed with a steel that was painstakingly etched end to end with florae.

It is yet to be spoken of in legend, for its mother was a modest carpenter who carved it with no other purpose than to hold a confession. It was never meant for a grand display, but for a quiet, sincere love.

‘My Dearest Genevieve,’ the letter within began, the handwriting noticeably delicate and imperfect from what must have been nerves, I present two gifts: this chest, of which there is no other, and my love.

‘Perhaps the second gift will be unwelcome, and should it come to that, I would still dearly wish to be your friend. The days we’ve spent in that shop are and will always remain precious no matter the answer.

‘I ask you this: do you love me? I have the only key that locks the chest. Should you return my love, I wish for us to meet once more in that shop, and together, we will forever secure our love inside.

‘I shall await your answer at midnight. From my heart to yours, -Jubilee’

The story truly begins neither with Genevieve nor with Jubilee, but with the shop in the letter. Located in Bose, cramped between two of the most popular shops on the block, was a tiny, tiny building.

There was a time when it had the polish of its products…and, oh, if only that continued to be the case! One might quip that it had character now, but that was only the polite way of saying it was in shambles.

The face greeted customers with an aged brick that had long eroded to the point of holes; the cracked windows, taped for stability and adorned with cobwebs and insect droppings, were repugnant.

The place looked less like a shop and more like the newest secret playground for the local children, long abandoned after the passing of its owner. But no; to clarify, it was very much ‘in business.’

Despite first impressions, it was as much a shop as any other long the same street. A shop was still a shop even after it was no longer full to bursting with wealthy customers. Or any customers, really.

Before it fell into such a state, its owner was known far and wide even before the Orbal Revolution. He was a carpenter of unparalleled skill, and he was frequently commissioned to bring life to all manner of things.

Buildings, furniture, instruments, wedding rings… No matter the job, he carved each and every piece handsomely, and each one showed more heart than the last.

His passing brought great sorrow to all but one: his son, who was acutely aware that no one could surpass his father’s talent. More than he despised carpentry, he despised the crushing weight of his father’s name.

‘Good riddance,’ the son coldly muttered as he turned the key to lock the shop. This would be the last time he would be forced to ever step inside. ‘I’ll bet I can fetch a pretty mira for his tools at the market.’

The shop and its contents was now his to do with as he pleased, and as far as he was concerned, he would be a happier man if he never had to experience the nauseating smell of freshly cut wood ever again.

His wife, however, disagreed. She was never one to keep quiet–a trait of hers he normally adored–and tonight, she was no different than usual as she voiced her concerns over dinner.

Clack, clack, clack! Their silverware played an awful musical number with every smack on their plates, each note ringing with a hint more irritation than the last.

‘And I say we keep it,’ she said, her stiff tone implying that any other plans he dared to present would be, to put it delicately, stupid. Think of all the history you’re abandoning. Fifty years!’

‘And for thirty-three of those years, I hated that damn place,’ he snapped between chewing cuts of lamb. After swallowing, he added, ‘Who’s going to run it? I sure ain’t, and you’re no carpenter.’

‘Sure, but selling it won’t help you escape from your father’s shadow.’ Ouch. There was that sharp tongue of hers. He really did adore it…when his old man wasn’t the topic of discussion. ‘We’re keeping it.’

‘No, we aren’t. That place is mine, and I can do whatever I want with it. And what I want to do is wash my hands of the thing for good!’ He swallowed another healthy chunk of lamb, then clack! went his knife.

‘You say to think about the history. What about the mira? Think about THAT. I’ll bet we could go live it up at the casinos in Crossbell City for weeks off of one brick!’

She sighed in a way that was half frustrated, half disappointed. She never cared about money. Why would he try to win an argument with it? She could only say quietly in her mind, ‘My husband is an idiot.’

With one particularly obnoxious clink, she set down her utensils then glared at him with an uncomfortable firmness that would have a lesser man avert his eyes in shame. She bit her bottom lip before asking:

‘Have you asked Jubilee what SHE wants?’

The son scoffed upon hearing Jubilee’s name. His wife always had a habit of biting her lip before playing her ace in the hole, and there was no finer ace against him than their daughter’s opinion.

No, he mentally panicked. No, no, no! There was nothing in this world that would have him budge–not even sweet Jubilee. Not this time!

Or so he believed. There was a pause in noise after the question was raised, and seconds later, they both heard the flat-footed thumping of their daughter’s steps coming towards them. ‘Did you call me, Mom?’

Jubilee, had turned twenty just last month. She was a clumsy girl with broad shoulders, a stunning height that dwarfed most women her age, and the widest, goofiest, most sincere smile seen on Bose’s streets.

Her candor had won over everyone she met; she may have been an unusual sort, but she had won over both peers and elders alike. She was a source of pride of her parents, and that would never, ever change.

That was quite unfortunate for the son. A single glance at her curious, simple smile and he knew he would cave to whatever she said. Doubly unfortunate since he also knew who she would side with…

‘S-So…’ the son began cautiously, ‘…what would you say if I told you I was thinking of selling Grandpa’s shop?’

That was how Jubilee, who adored her grandfather and took every chance to spend her days with him as a child, became the new owner of a little carpentry shop on Bose. [Trails in the Chest, Pt. I, END?]

‘Hmm-hmm-hmm, la la la!’ ♪, Hideko hummed, barely audible over the sound of the vaccum. Suddenly, ding-dong went the doorbell. ‘My!’, she exclaimed. ‘Who could that be?’

‘I’ll be right there!’, she yelled, switching off the vaccum and running to the door.
‘Hello. My name is Sato, and I’m going door-to-door with a special offer.’

‘Oh, my! Sato! Is it really you?’ Sato was Hideko’s senior in college, and belonged to the same club as her.

‘Hey, Hideko! Nice to see you again. Would you like me to show you what I’ve got today?’ Hideko had always been a bit attracted to Sato, so her answer was unsurprising.

‘Certainly! Come on in.’ Hideko would listen to anything Sato had to say. But no one could know the horrible fate that awaited Hideko this day…
[50 years later…] The ‘Dangling Health-o-tron’ swung limply in Hideko’s house, forgotten and neglected. It has been purchased 50 years before, purely on Sato’s recommendation.

Each time Hideko reflected on these events, feelings of remorse would wash over her. If only I’d had the courage to refuse that door-to-door bargain all those years ago…

And this was in spite of a messy divorce with her spouse eating up what little she had. Her children were taken from her as a result, and her life took a turn for the worse. Now, she lived in a tiny one-room…

…apartment and kept to herself most days. *sigh*
She wasn’t sure why she sighed. Probably just life catching up with her.
Then, suddenly…

Ding-dong!
The cheap chime of her door-bell echoed through the empty apartment.
‘Who’s there?’

Hideko didn’t even wair for an answer; she just flung open the door without a care. And there, standing before her, was… 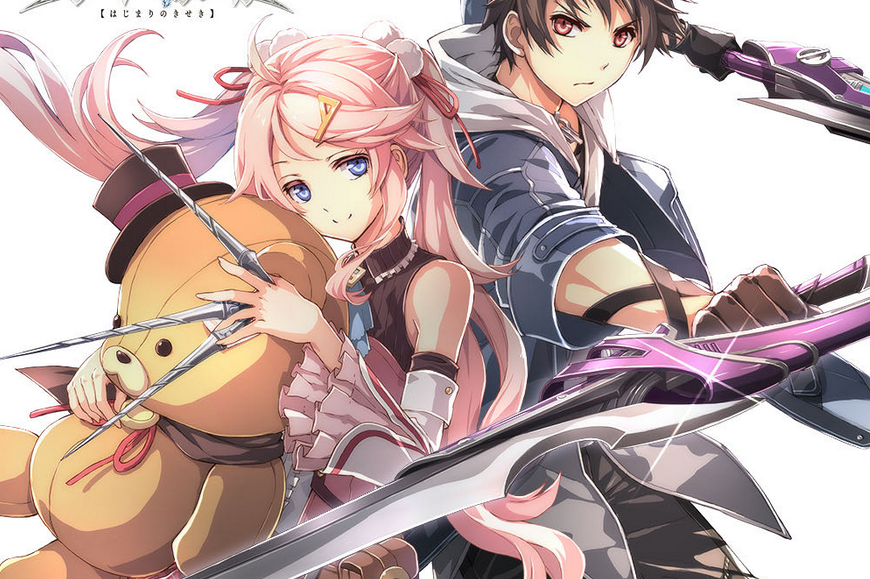 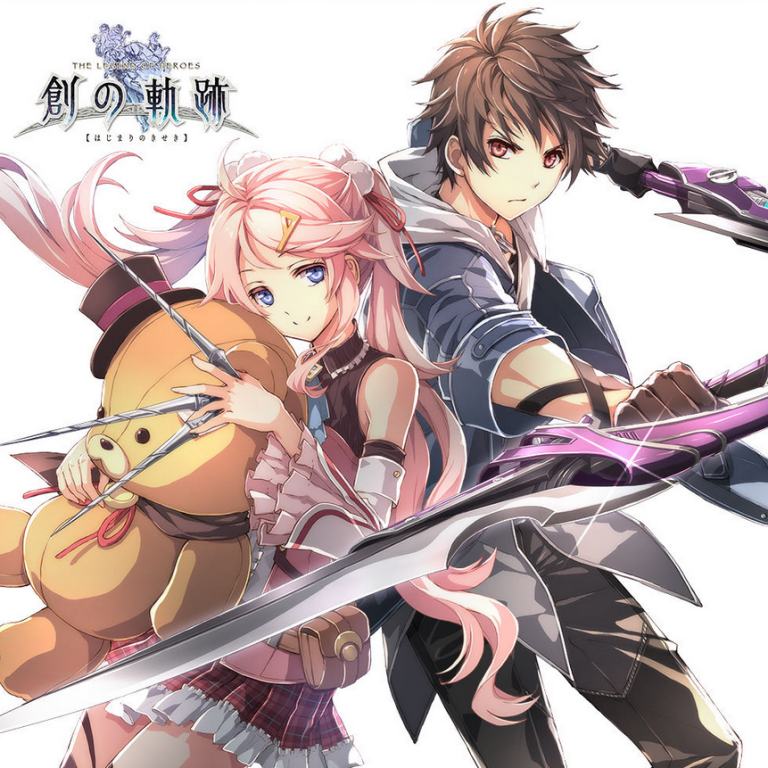